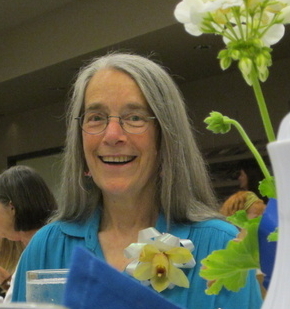 Not one, but two respected members of the Tacoma community nominated Sallie Shawl for the 2013 Greater Tacoma Peace Prize, which is indicative of the high regard in which she is held throughout our community for her continued peacebuilding efforts. Among many other achievements, Shawl founded a local chapter of the international group, Jewish Voice for Peace, which promotes a U.S. foreign policy based on peace, democracy, human rights, and respect for international law. She led the organizations Tacoma Arabs, Jews, and Others (TAJOS) and Palestinian-Israeli Peace Endeavors (PIPES).

Through the Ground Zero Center for Non-Violent Action, she participated in protests against nuclear weapons at the Bangor Naval Base in Kitsap County. She formed the groups People for Peace, Justice, and Healing and United for Peace of Pierce County, and she was instrumental in the inauguration of the South Sound Peace and Justice Center.

Learn more about Sallie in her video Laureate Spotlight: