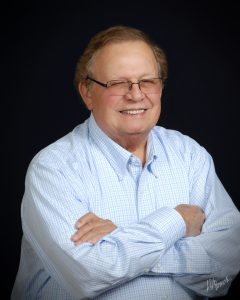 “Bill served our Board with great commitment. He leaves a legacy of incredible training acumen, conflict resolution, and passion for justice recognized by all of us, as fellow colleagues who came to know him for his negotiation skills and passion for the cause of peace.” – Thomas Heavey, GTPP Founder

Bill was a revered and treasured member of the Board of Directors of the Greater Tacoma Peace Prize, and was one of the early laureates (2006 – along with Polly Davis and Dawn Hooper), recognized for his work at the Conflict Resolution, Research and Resource Institute (CRI).The mission of CRI was to teach and practice the prevention, management, and resolution of conflict in the community, the nation and the world. Just a few examples of their work include the following:

William Fawcett Lincoln (1940-2020)
Settling of a dispute between community, city and natural resources and wildlife representatives in the upper Kittitas County here in Washington state
Collaborative negotiations, training and mediation education for the Central American region and key groups of the population in San Jose, Costa Rica
Development of the Sudan-American Program for Peace (S-APP) in association with the Ministry of Foreign Affairs and the Sudan Council of Churches
Practical experience in negotiation and facilitation on a project with the Helsinki Foundation for Human Rights in Warsaw, Poland
Long-term collaboration on the subjects of conflict prevention, management and resolution with organizations like the Russian-American Program on Conflictology at the University of St. Petersburg, Russia
Many years of instruction in Strategic Negotiations at the Federal Executive Institute in Charlottesville, VA and at the Naval Postgraduate School in Monterey, CA.

In 2004, Mr. Lincoln received the Annual Award of Excellence by the International Academy of Mediators. Bill has been recognized as a pioneer in mediation and negotiation theory and practice. He was a federal commissioner who helped found the United States Institute of Peace, he had extensive experience working in hot spots – Wounded Knee, Walpole Prison, with the Sandinistas in Nicaragua, the URNG in Guatemala in preparation for the UN-sanctioned peace talks and with warlords in Afghanistan. Bill is a co-founder of the Russian-American Programs for Peace which started the first graduate program in conflict resolution in Russia.

Many practitioners in our region have been trained by Bill whether as members of his early mediation training programs at Antioch, or through the State of Washington Career Executive Programs or through the Pierce County Dispute Resolution Center of which he was a founder. He was also involved in training negotiators with the United Nations food safety program.

In the past five years, Bill devoted much of his time, energy, and support to the Greater Tacoma Peace Prize, while also teaching Strategic Negotiations as Senior Lecturer at the Naval Postgraduate School and the Federal Executive Institute. He was passionate about the mission of GTPP – to recognize and honor Peacemakers in the local community. First awarded in 2005 during the Centennial celebration of Norway’s independence, the award has its roots in Norwegian-American culture. Laureates of the Peace Prize are given a banquet in their honor, a medallion, a unique piece of locally made glass art, and a trip for two to Oslo, Norway to attend the festivities surrounding the awarding of the Nobel Prize for Peace.

Bill lived his life deeply and with intent. Our sympathies are extended to partner, his children and extended family (to whom Bill was devoted), and all who knew and loved him. His presence, intellect, and tremendous dedication to make the world a better, kinder and more understanding place will be deeply missed.

When the Power of Love overcomes the Love of Power, the world will know Peace. (Jimi Hendrix)